Here we are compiling a list of the 10 Best movies and web series of Nawazuddin Siddiqui that you should not miss. Let’s have a look at the collection of the best nawazuddin siddiqui movies and shows on Amazon Prime Video, Netflix, Zee5, and Disney+ Hotstar. 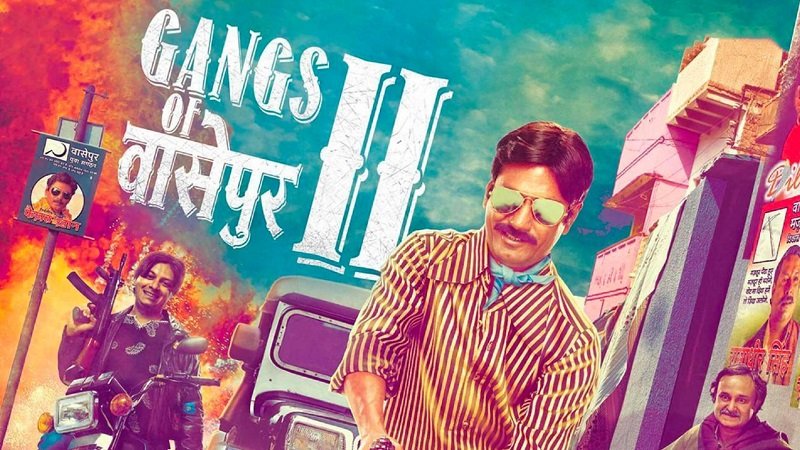 Centered around the organized crime syndicates of Dhanbad, Jharkhand, and the underlying power struggles, politics, and vengeance between three crime families, the movie became a massive hit and cult classic. Nawazuddin Siddiqui played the lead in the movie and his career witnessed a sharp rise after this masterpiece was released.

Where To Watch: Amazon Prime Video 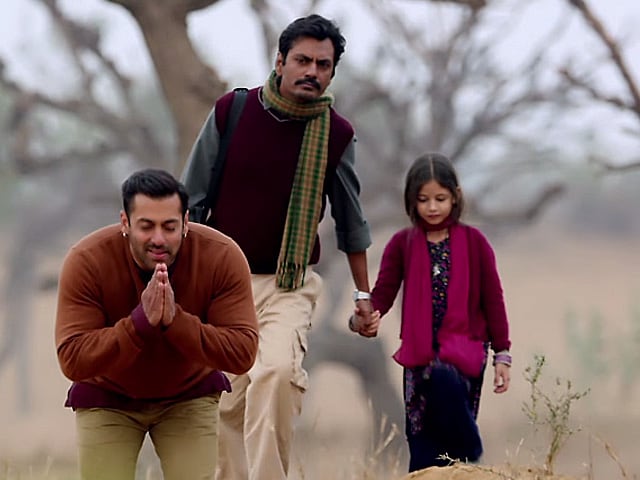 A heart-warming story of a dumb Pakistani infant, who is left stranded in India, and a hardcore devotee of Lord Hanuman, Bajrangi (Played by Salman Khan), who helps the girl reach home leaving a message of peace and love b/w India & Pakistan, turned out to be a massive hit as it garnered a whopping ₹969 crores against a budget of ₹90 crores. Nawazuddin Siddiqui played the role of a journalist in the film.

Where To Watch: Disney+ Hotstar 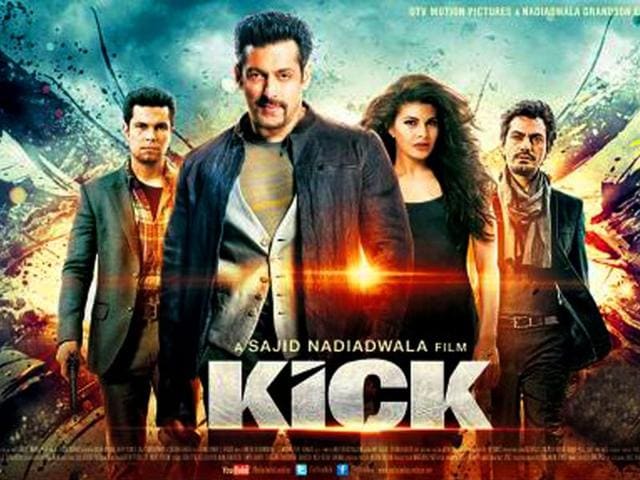 Nawazuddin Siddiqui played the role of villain in the film and left everyone thrilled with this action-filled adrenaline ride. The film was a commercial hit earning ₹402 crores at the box office and the makers have already confirmed its sequel as well.

Haramkhor revolves around the story of a selfish, manipulative schoolteacher, who takes advantage of a schoolgirl’s vulnerability to satisfy his dark, narcissistic needs. The movie turned out to be a critical hit and Nawaz was highly praised for his performances. 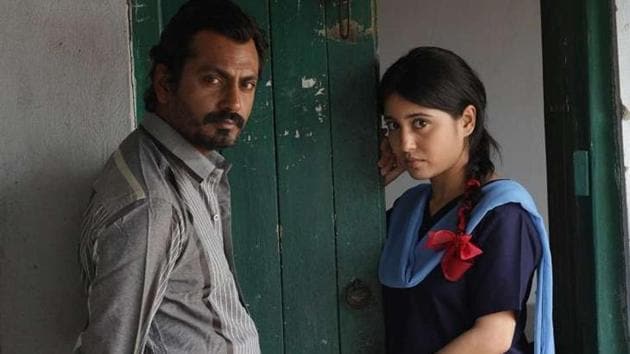 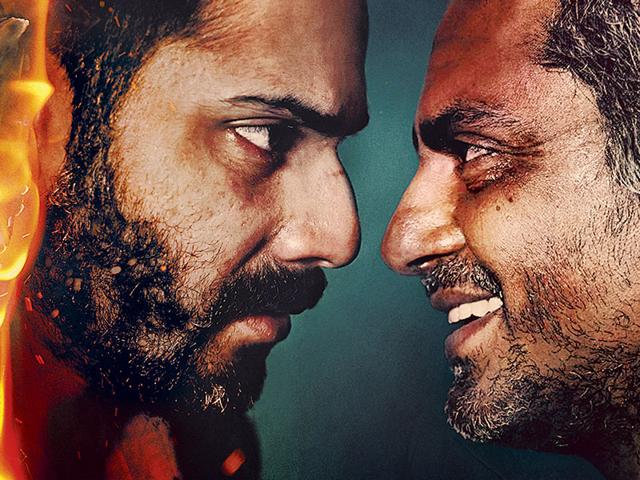 Badlapur revolves around the story of Raghu, who becomes a criminal as he exacts violent revenge on two criminals who killed his family 15 years ago. Nawazuddin Siddiqui is the main antagonist of the movie. 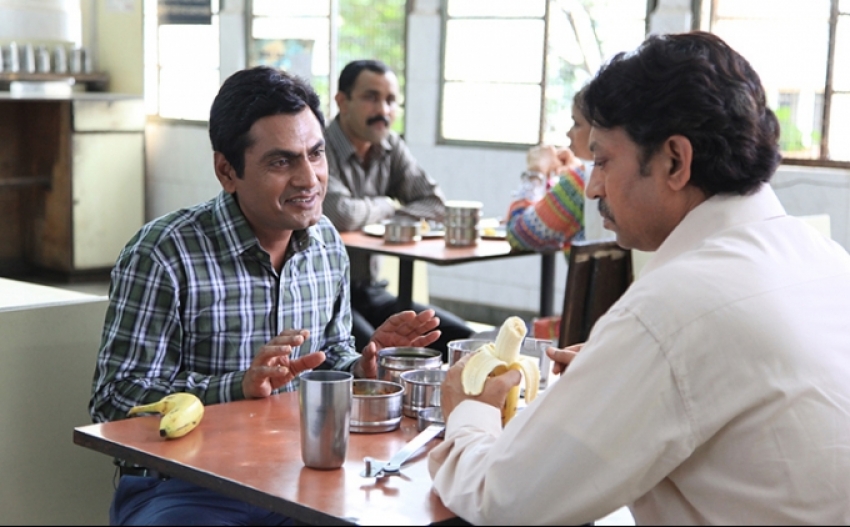 Nawazuddin Siddiqui won the ‘Best Actor in a Supporting Role’ award  at the British Academy Film Awards. The Lunchbox is regarded as one of the best acting performances by both Irrfan Khan & Nawazuddin Siddiqui. 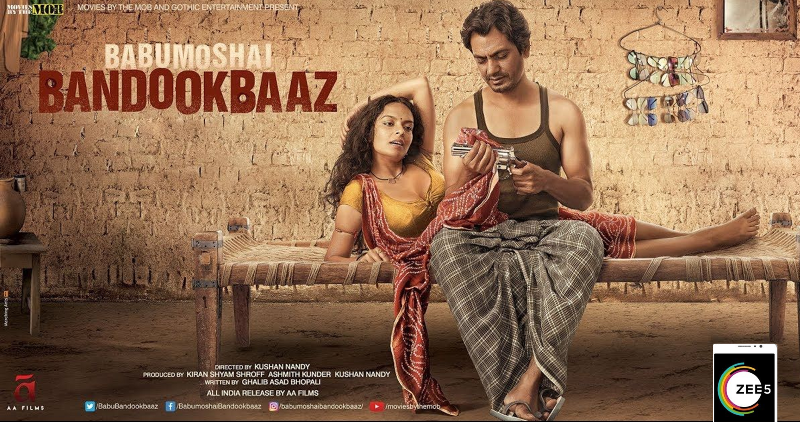 Filled with humor and romance, Babumoshai Bandookbaaz revolves around the life of a small-time contract killer, Babu, played by Nawazuddin Siddiqui. Although not a commercial success, this movie is regarded as one of the best guilty pleasures one could have. 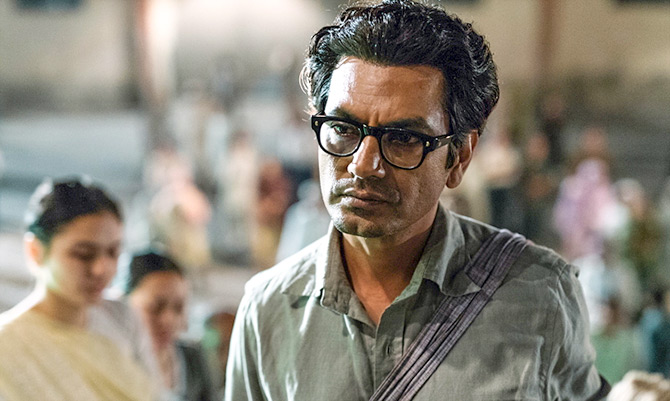 Manto is a biographical drama film about the prominent Urdu author Saadat Hasan Manto who primarily wrote about the dark side of society and taboos grooming in the subcontinent. Nawazuddin Siddiqui won the best actor award at Asia Pacific Screen Awards 2018.

Based on the real-life serial killer Raman Raghav, starring Nawazuddin Siddiqui as the main lead, the movie tells the story of a maniac murderer, who finds a soulmate in Raghavan, a drug addict cop, who investigates his murder cases. He tries to make Raghavan realize how they both are similar.

Starring Nawazuddin Siddiqui as the main lead, the movie tells the real life account of Dashrath Manjhi, who using only a hammer and a chisel carved a road through mountain and gave 22 years of his life in doing so. Nawazuddin Siddiqui was highly acclaimed for his performance in the film.

Directed by Amit Kumar
Produced by Guneet Monga
Trevor Ingman
Martijn de Grunt
Shahnaab Alam
Written by Amit Kumar
Starring Nawazuddin Siddiqui
Vijay Varma
Tannishtha Chatterjee
Neeraj Kabi
Geetanjali Thapa
Sreejita De
Music by Songs:
Rochak Kohli
ViveickMayur
Chinmay Harshe
VikramChetan
Background score:
Gingger Shankar
Atif Afzal
Cinematography Rajeev Ravi
As the raging monsoon lashes Mumbai, the commercial and mafia capital of India, the police struggle to keep up with the gangsters who are ever more emboldened. Adi, a principled rookie cop as his first assignment on the force, joins an elite, antiextortion unit of the Mumbai police led by Khan, a cop in the ‘Dirty Harry’ mold. On his first evening on the job, Adi had planned to meet his ex flame Anu and to get back with her, but he misses the date when Khan has set up an ambush for a dreaded gangster.
However, the ambush goes wrong and Adi chases Shiva, a seemingly armed and dangerous criminal into a deadend alley. Unsure if Shiva is, indeed, the wanted gangster, Adi has a moment of reckoning; whether to shoot or not to shoot. Whatever his decision is, every decision will take him on a journey that pits him against a system which demands a compromise of his morals. As he lives through the dramatic consequences of each decision, he realizes that every choice has its price.